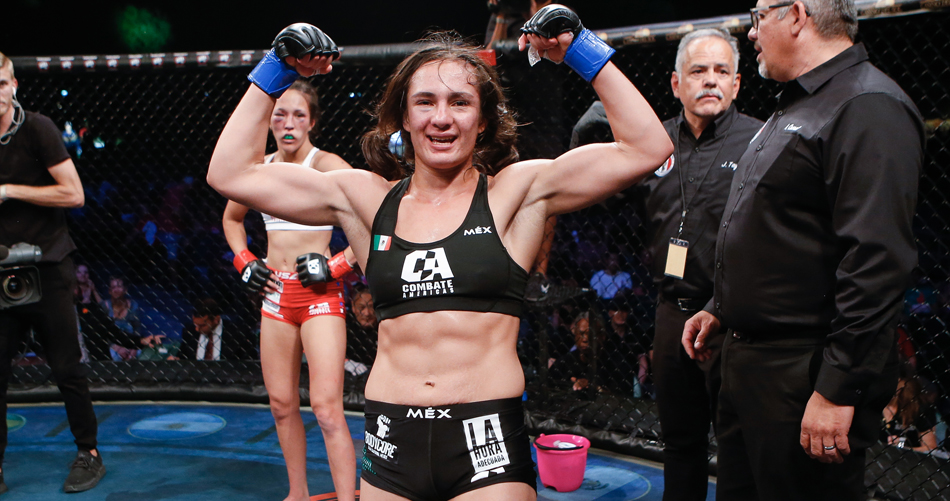 All paths in Mixed Martial Arts (MMA) are forged through hard work and dedication, a battle against the self and the desire to overcome any obstacle.

In just two fights in Combate Americas, Mexico’s Yazmin Jauregui (3-0; 2-0 CA) of Tijuana, Baja California, has proven herself capable of being among the best fighters in her division (115 pounds).

Jauregui made her promotional debut on April of this year in the Combate Reinas event.

The Mexican faced the North American Daniela Espinosa during a postliminary fight and without a doubt, she closed the show with a golden finale. Jauregui knocked out her opponent just 0:13 seconds into the first round, proving herself as one to watch.

It didn’t take long for the Tijuana native to face another challenge. In June of the same year, the 20-year-old Mexican faced another rising star, McKenna Mitchell. Jauregui won again, this time due to medical detention after the second round.

“I feel very happy to be able to fight in this company,” Jauregui said after her fight last week. “I’m willing to face [any] woman they put in front of me and be able to step up, but later, I’d like to face Super Mely, who is a woman that I admire so much and does a great job inside the cage. Then, my respects, and I think it would be a great fight for real, later of course.”

On Friday, September 20, Combate Americas will return to Mexicali, where Jauregui will see action for the third time this year, when she faces veteran Yajaira Romo (5-3; 2-1 CA), an athlete who is on a winning streak of two fight over Irene Cabello and Vanesa Rico.

With one win, Jauregui would be reaching her third consecutive victory for Combate Americas, all in this year, proving that she is one of the most vibrant fighters in the female division.

Garcia vs Bandenay: The Showdown in Mexicali