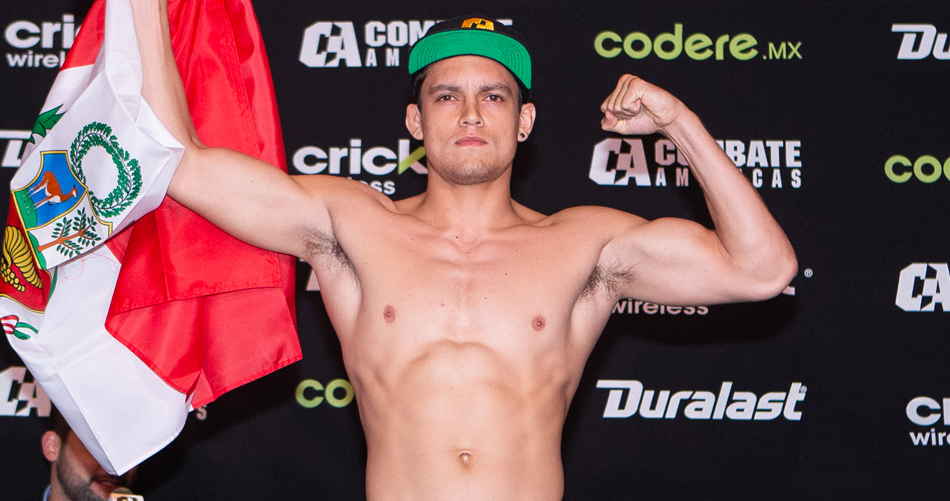 The fighters have faced the scale, and everything is ready for the third annual Copa Combate to be held at the Manuel Bonilla Coliseum in Lima, Peru, on Friday, December 20. The official weigh-ins were held on the afternoon of Thursday, December 19, at the Hilton Miraflores Hotel.

The 2019 Copa Combate, presented by Cricket Wireless, is an eight-man tournament, held over the course of one night.  These lightweight fighters will compete for the grand prize of $100,000 and the chance to face the current Combate Americas’ lightweight champion, Rafa “Gifted” Garcia (11-0).

Peru’s Milko “Tatú” Tucto will enter the tournament in place of Argentina’s Kevin Koldobsky, who was unable to make weight.

Additionally, the Argentinean Juan “El Molo” Gonzalez will not participate in his bantamweight bout, due to complications during the weight cutting process. Instead of Gonzalez, Peruvian Kevin “El Gallo Negro” Borjas will enter the fight against his countryman Renzo “Nene” Mendez.

The Chilean Ignacio “La Jaula” Bahamondes came in under the established weight, and he will be ready to step in the tournament if any of fighters cannot advance due to an injury.

Below are the results of the 2019 Copa Combate weigh-in: