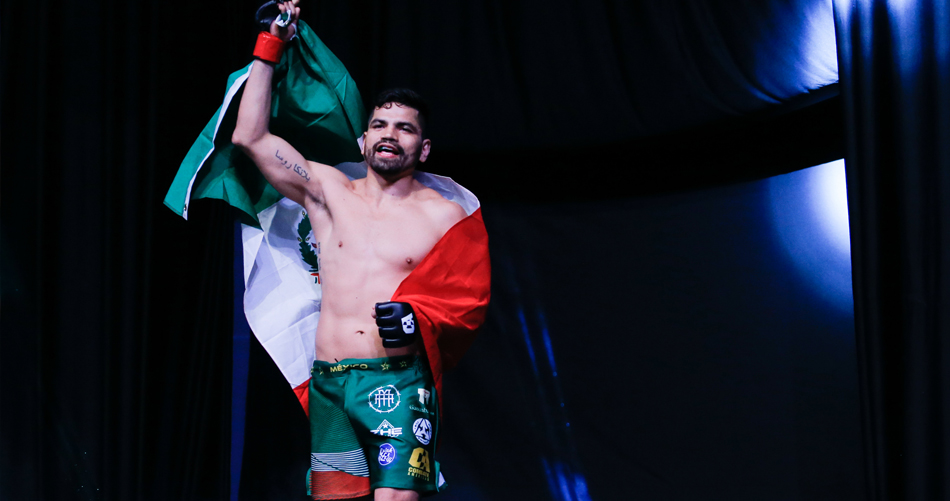 TS-1 Promotions today announced that it will bring the Combate Americas television series to Hidalgo, Texas for the first time in history with a star-studded lineup of Mixed Martial Arts (MMA) bouts at State Farm Arena on Friday, June 21, live on television in Spanish in the U.S. on both Univision (12 a.m. ET/PT) and UDN (12 a.m. ET/9 p.m. PT) and in English in the U.S. and Canada on DAZN (11 p.m. ET/8 p.m. PT).

Tickets for the TS-1 Promotions live Combate Americas television event at State Farm Arena are on sale online at Ticketmaster.com (prices start at $12).

Enrique “Baby Bull” Gonzalez (7-3) will collide with Alejandro “Pato” Martinez (4-3) in a 150-pound catchweight main event between two exciting, rising stars hailing from opposite sides of the border.

“I am excited to bring a world class MMA event to Hidalgo for the first time, as part of the Combate Americas live television series that has become a powerhouse vehicle and disruptor in the sport, and with a main event between two young, exciting and relentlessly aggressive competitors like Enrique Gonzalez and Alejandro Martinez,” said TS-1 Promotions CEO Greg Bloom.

Fighting out of the Mike Valle led Valle Flow Striking camp in Chicago, Ill., the 21-year-old Gonzalez, who was born and raised in Laredo, Texas has won five of his seven career victories by way of (T)KO or submission, and has yet to be stopped since making his professional debut in 2016.

The 28-year-old Martinez of Puerto Vallarta, Jalisco, Mexico is looking to rebound from a first round (3:45) TKO (punches) defeat by Erick “The Ghost Pepper’ Gonzalez in a Combate Americas featured bout in Guadalajara, Jalisco on March 8.

Prior to the loss, Martinez, who trains under MMA star Donald “Cowboy” Cerrone, earned a second round (1:09) submission (rear-naked choke) win over Jordan Beltran last October 26.

Additional bouts for the TS-1 Promotions event will be announced soon.