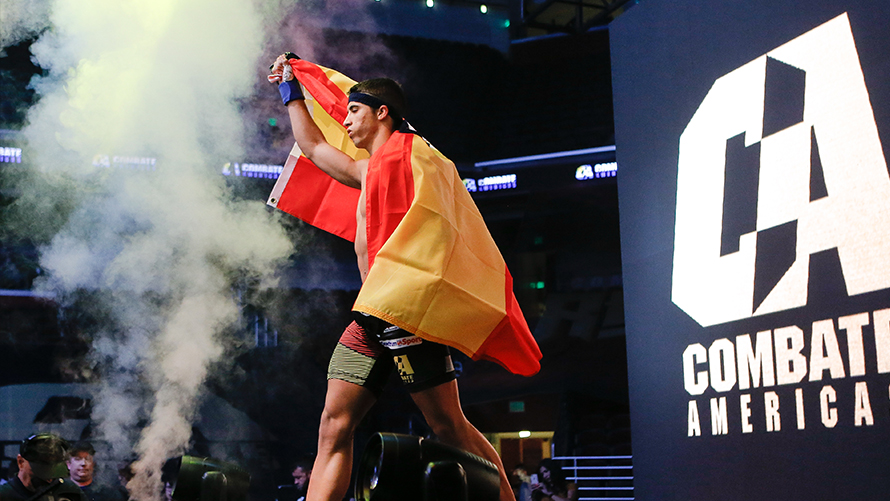 When Spain’s Oscar Suarez,22 is in la jaula—cage—he credits his feet coordination to a passion of his, dancing.

IT STARTED WITH CAPOEIRA

Suarez is 2-2 in Combate Americas. He debuted with the promotion back in April 2018. He has victories over Chris Cortez and Enrique Gonzalez.

For him, the cage is just like the stages he has performed on. He started dancing at an early age.

Cesar Barrera Fernandez taught him capoeira, an afro-Brazilian martial art that combines elements of dance, acrobatics and music developed by Africans in the south American country in the beginning of the 16th century.

“Because of Capoeira, I learned Portuguese and learned to play different instruments,” he said. “An entertainment company contacted me to dance in hotels and casinos, then cruise ships.”

Capoeira was just the start, he then learned samba, salsa, bachata and merengue.

“Dancing is a passion of me; it’s not about the money,” he added. I already have it. I do it because I love the dance world.”

He later elaborated, “At the end, it is a show just like when I jump in la jaula it is my stage to. I need to show the public I am here.”

Although dancing is a form of entertainment, it has helped him in career as a fighter.

“Dancing helps with timing; the timing helps me go in and out when I need to, or it helps me counterattack because dancing is about coordination. It provides agility too in the legs,” he said.

The Spaniard has taken his dancing to the next level, as he also performed fire dancing.

These days, Suarez doesn’t dance as much but if he gets a request he is not shy on putting on his dancing shoes.