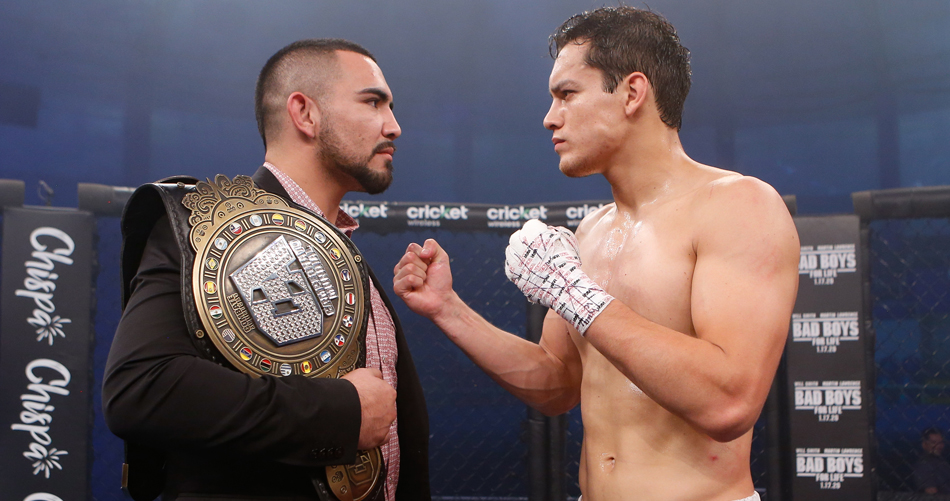 Priced from MX $200, tickets for the Combate Americas world championship event at Auditorio del Estado are on sale at ZonaTicket.mx.

“This is arguably the single biggest fight in Combate Americas history between two young, rival superstars in what has become one of our strongest and most competitive weight divisions,” said Combate Americas CEO Campbell McLaren, who continued, “Rafa is a homegrown talent that we have proudly built from upstart to world champion and Humberto is coming off a spectacular victory of the most prestigious, one-night tournament in sports.  It is going to be an electric night.”

A native of Mexicali, the 25-year-old Garcia has been tearing through his competition since making his professional debut in 2015 and, in his last start on September 20, was crowned a world champion for the first time after earning a hard-fought, unanimous decision over Erick “The Ghost Pepper” Gonzalez.

Garcia’s initial rise in 2017 caught the attention of MMA superstar Cub Swanson, who has since become head trainer and mentor to Garcia.

Also 25 years of age, Bandenay of Lima, Peru is coming off a stellar showing in the third annual, year-end “COPA COMBATE” one-night, eight-man tournament that took place in his hometown on December 20.

Bandenay, a hard-hitting finisher who has earned 13 of his 15 career victories to date by way of (T)KO or submission, made his Combate Americas debut in the “COPA COMBATE” tournament,  defeating Hugo Prada of Colombia in the quarterfinal stage of the single-elimination event before scoring a thunderous, second round (1:14) TKO (punches) on Jose Luis Verdugo of Mexico in the semifinal round of battle.

In the championship stage of action, Bandenay faced off with and defeated Garcia’s former championship adversary, Gonzalez of the U.S., to earn the tournament’s $100,000 grand prize.

Additional bouts for the Combate Americas world championship event will be announced soon.

Doors for the event will open at 6 p.m. local time, and the first preliminary bout will begin at 7 p.m.

Garcia vs Bandenay: The Showdown in Mexicali