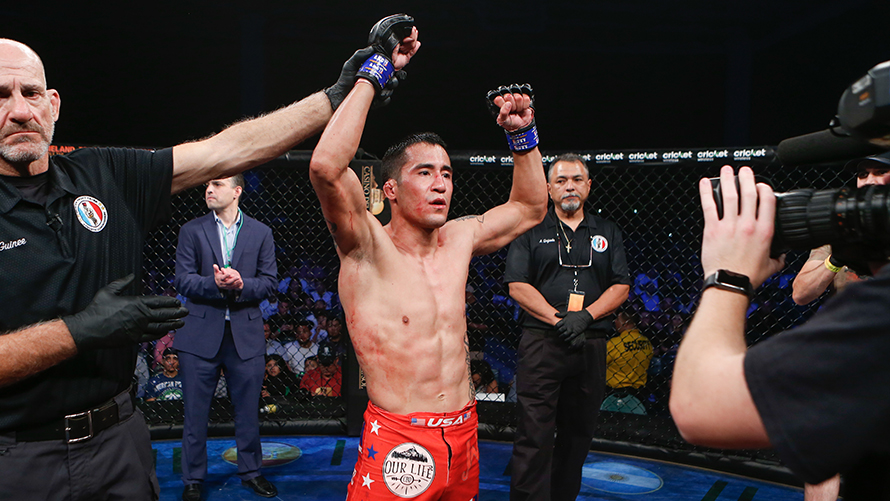 Combate Americas made its return to Tucson, Arizona, with 10 electrifying fights at the AVA Amphitheater of the Casino del Sol.

In the main event of the evening, Joby Sanchez (13-5), who made his Combate Americas’ debut, won by unanimous decision after defeating former champion Jose Alday (13-5-1).

Local star Anthony Birchak (16-6) won his fight in fast-fashion, after defeating his opponent Erik Radleim (5-5) at 1:40 of the first round, after applying a Rear Naked Choke.

Lucero Acosta (1-0), who made her professional debut in Tucson, defeated Phoenix based fighter Valerie Quintero (0-1) by unanimous decision.

The Mexican Guillermo Torres (4-0) won by unanimous decision against Orlando Jimenez (2-1), in a much anticipated clash that pitted two teammates of MMA superstars Henry Cejudo and Dominick Cruz.

The results of Combate Americas: Tucson, are shown below: