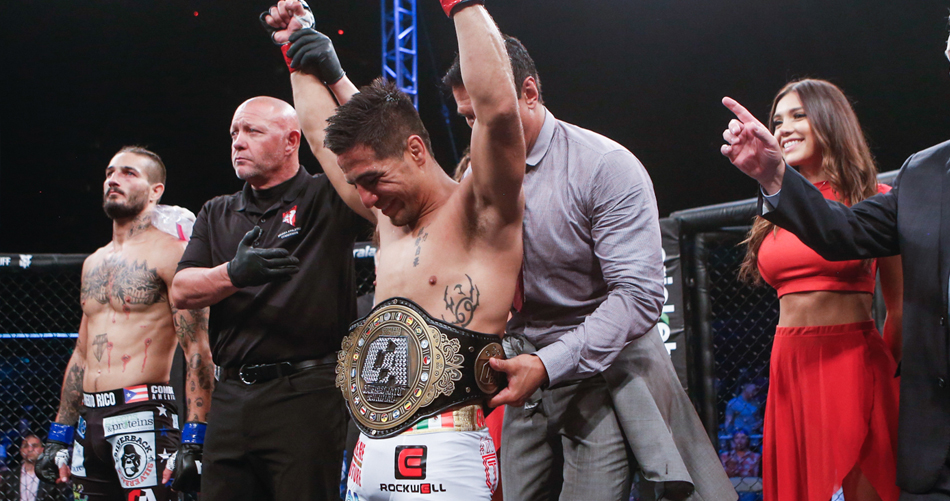 It was a historic night for Combate Americas on their visit to Lake Tahoe, where two World Championships were on the line.

The co-headliner saw Argentine Bruno Cannetti (9-6) become the first featherweight champion in the history of Combat Americas, after defeating the American Andres “The Bullet” Quintana (18-3) by unanimous decision (29-28, 29-28, 29-28).

The clash offered high caliber action, where Cannetti executed his plan to perfection, attacking with kicks to the legs and achieving effective takedowns.

In the main event, Gustavo Lopez (11-4-1) defended the bantamweight belt for the first time against Joey “El Cazador” Ruquet (7-3) in a dominant way. Lopez provided a strong right hook to knock out his opponent at 1:45 of the very first round.

Gustavo Lopez becomes the first fighter in the history of Combate Americas to successfully defend a championship belt.