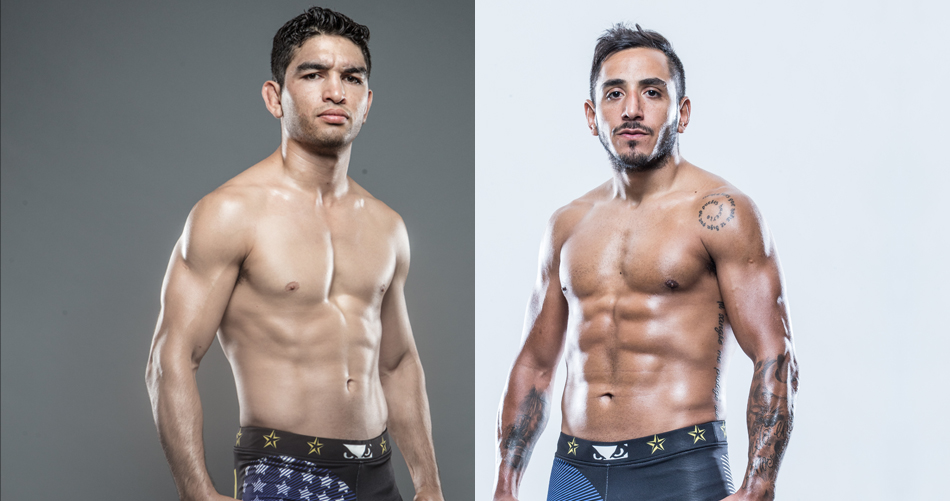 Combate Americas today announced both a new main event and a co-main event for it’s star-studded return to AVA Amphitheater at Casino Del Sol in Tucson, Ariz., presented by Cricket Wireless, on Friday, June 7, live on television in Spanish in the U.S. on both Univision (12 a.m. ET/PT) and UDN (12 a.m. ET/9 p.m.PT), and in English in the U.S. and Canada on DAZN (10 p.m. ET/7 p.m. PT).

Alday was previously scheduled to square off with Irwin “The Beast” Rivera (7-4) in the main event contest, but Rivera has since been forced to withdraw.

Also announced today was a lightweight (155 pounds) co-main event featuring the return of undefeated phenom Rafa “Gifted” Garcia (9=0), who will face the most seasoned opponent of his career in Estevan “El Terrible” Payan (17-12, 1 NC).

Fighting out of Palm Springs, Calif. via Mexicali, B.C., Mexico, the 24-year-old Garcia, a protégé of MMA superstar Cub Swanson, has been an unstoppable force in La Jaula, the Combate Americas competition cage, since the MMA sports franchise discovered him at an open tryout in 2016.

To date, Garcia has earned all but one of his victories by way of (T)KO or submission, including his last conquest, a second round (1:07) submission (rear-naked choke) of Edgar Escarrega at the Combate Americas live event on February 8.

A veteran of over 30 professional bouts, including matchups with a collection of world-ranked rivals, Payan of Tempe, Ariz. will make his debut under the promotion of Combate Americas.

Payan will look to notch his second consecutive victory since he defeated Dominic Clark by way of second round (3:17) TKO (punches) on April 21, 2018.

In a featured strawweight (115 pounds) bout announced today, Yazmin Jauregui (1-0) will return to action on the heels of her incredible, 13-second knockout (punch) of Daniela Espinosa, and face off with fellow unbeaten upstart Codie Wareham (2-0).

The 21-year-old Jauregui of Tijuana, B.C., Mexico recorded the second fastest finish in Combate Americas history with her stoppage of Espinosa at the ‘Combate Reinas’ event on April 26.

Wareham is an aggressive-minded, 24-year-old fighting out of Glendale, Ariz.  She earned her professional debut victory over Carolyn Biskup-Roe via submission (armbar) last November 2, and her second career win by way of first round (2:29) TKO (punches) on Wendy Rodriguez on November 28.

The previously announced lightweight matchup between Levi Escobar (1-0) of Tucson and Austin Wourms (1-1) of Phoenix has been scrapped due to injury sustained by Escobar.

Doors at AVA Amphitheater at Casino Del Sol will open for “Cricket Wireless Presents Combate Americas: Tucson Unbreakable” at 6 p.m. local time on June 7, and the first preliminary bout will begin at 7 p.m.