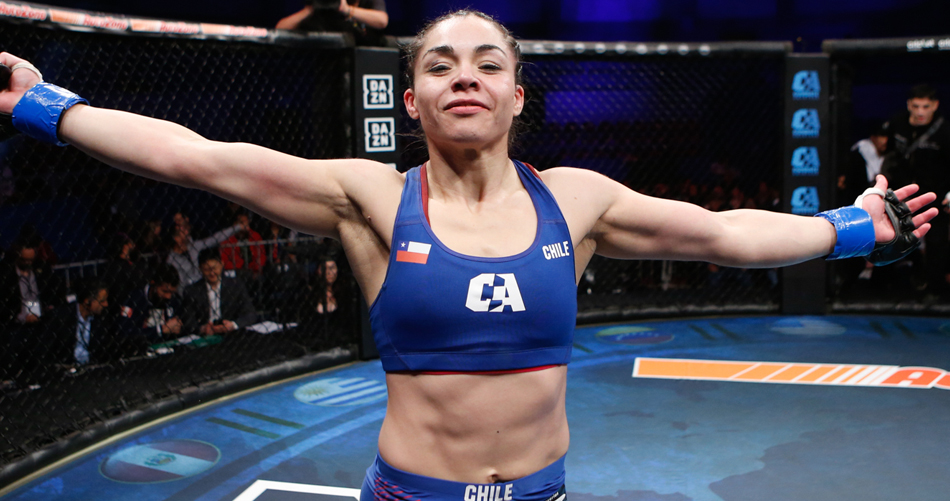 Combate Peru’ preliminary card paved the way for the main card after featuring 5 finishes out of 7 bouts, where Chile and Mexico’s fighters took home the important victories.

Directly from Coliseo Manuel Bonilla in Lima, Peru, Combate Americas presented Combate Peru, the first event on South American soil and first of its class in the host country. The event was broadcasted live in the United States and Canada by DAZN, as well as by Univisión and Univisión Deportes. Peru enjoyed the whole card via telecast nationwide through Movistar Deportes and Latin America enjoyed it via Facebook Watch.

With this victory, Gonzalez gets her 6-straight-consecutive victory, and the most surprising thing is that she had not fought in over a year. The last time Gonzalez lost a fight was in December of 2017.

Later, one of Mexico’s and Combate Americas’  most promising fighters continued his ascend in the bantamweight division, when David Martinez (3-0) defeated Peruvian William Sanchez (0-1) in devastating fashion by TKO, in just 56 seconds of the very first round.

Another Chilean fighter who left his mark inside “La Jaula” was Eduardo “Cyborg” Torres (10-0), who took home a unanimous decision win over Rodrigo “El Gato Loco” Vera (8-1). It is his second victory inside Combate Americas, and he extended his unbeaten record to 10-0.

Peruvian fighters also had their share of the moment, José Ochoa (3-0) earned an important victory in his Combate Americas’ debut, defeating Omar Torres (2-1) by second round KO, after connecting a tremendous head kick.

Also, Peruvian Renzo Méndez (13-6), won in impressive fashion over Colombian Andres Ayala, after opening a cut on Ayala’s face provoking the referee to stop the action at the end of the second round.

Thousands of fans who attended the event, and thousands more watching from home, enjoyed an incredible preliminary card that excited everyone and had them waiting for much more action in the main card.