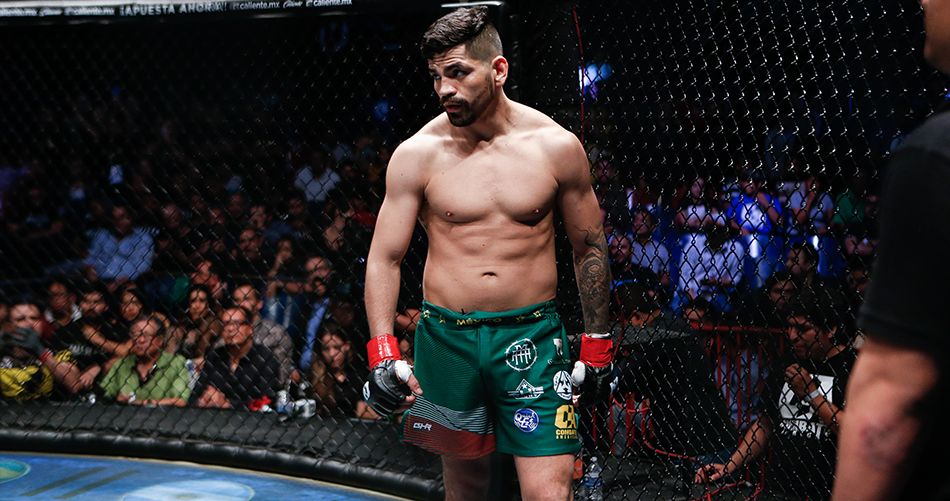 Combate Americas will make its return to Fresno, CA, this Friday, February 28, when Mexican Alejandro “Pato” Martínez (4-4) and American Adrian Guzman (6-1) will face each other in a lightweight clash.

Martinez, from Puerto Vallarta, Mexico, returns to the La Jaula with the mission of returning to victory, after falling in his last two bouts, against former lightweight contender Erick “Ghost Pepper” Gonzalez, and Enrique “Baby Bull” Gonzalez, in the co-main event of Combate Hidalgo last June.

Also known as “Pato,” nickname given by his high school classmates, he started in combat sports at the age of 18 training Muay Thai in Puerto Vallarta. He was trying to play sports and lose a few extra pounds. After starting training, he got to the point of helping other teammates prepare to compete (Sparring) and then began to measure himself on the amateur circuit. As a Muay Thai amateur fighter, he managed to perform in a pristine manner by making a mark of 10 wins and zero losses.

But Martinez is not a one-dimensional fighter, in search of improving his skills, he not only trains at Entram Gym, one of the best and most recognized MMA gyms in Mexico, he also trains boxing with his now wife, the two-time world boxing champion Kenya Enríquez.

Guzman finds himself in a great moment of his career, with two convincing triumphs by unanimous decision against Cesar Gonzalez and Danny “The Realist” Ramirez. The Californian is 3-1 in Combate Americas, his only loss to Jose “Froggy” Estrada.

Guzman, who goes by ” El Castigador” as a nickname, looms as one of the great promises of Combate Americas, and will seek to reiterate his position when confronted by Martinez, in a duel that promises action from start to finish.

Lucero Acosta: Proud to be a Mexican Woman

How to watch Combate Americas: Fresno