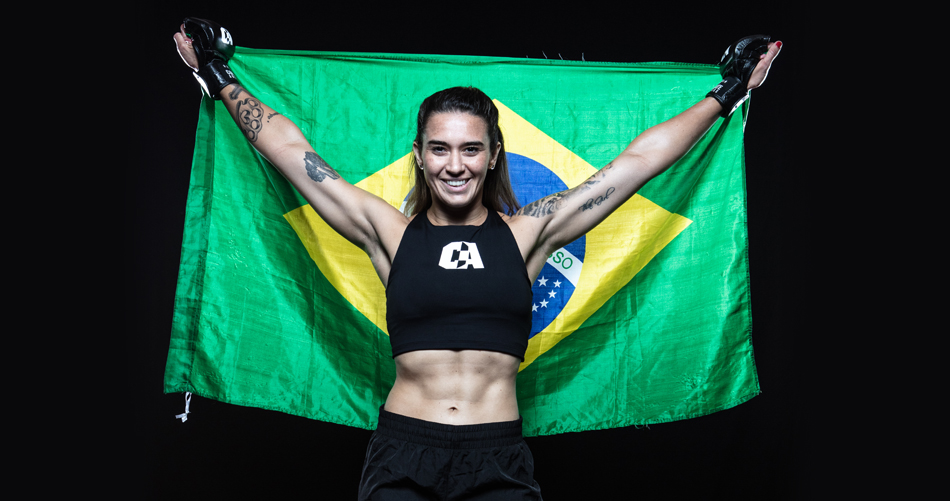 Combate Americas arrives in Lake Tahoe for the first time with an action-packed fight card, but more importantly, history will be made on Friday, August 23rd.

The event will be headlined by a World Bantamweight Championship showdown. Champion Gustavo Lopez (10-4) will face Joey “El Cazador” Ruquet (7-2) in what will be an epic rematch.

One of the most important stories of the event will be the debut of Marilia “The Tigress” Morais (3-0), who will become the first Brazilian female fighter in the history of Combate Americas.

“I’m very happy, so happy to be the first Brazilian woman to be in Combate, with my flag and my country,” Morais said. “I want to be the champion, I didn’t come to Combate Americas to stay, I came to takeover, so the Tigress has arrived.”

Morais has dreams of a successful career in the promotion, as the native of Fortaleza has dominated some of the most important circuits of kickboxing, Muay Thai and K-1 in the world.

After being successful in kickboxing, Morais debuted as a professional mixed martial artist, a sport where she has achieved three victories via finishes (two knockouts, one submission), without defeats.

For this Friday’s fight, Morais has done her preparation in the renowned American Top Team, where she competes with some of the world’s top sports figures.

“I train in American Top Team, we have all kinds of training there, every day, which makes our team the best in the world,” the Brazilian stated. “On training days I’m with Amanda Nunes, Joanna Joanna Jędrzejczyk, Tecia Torres, all champions. They make me improve every day, because I have to work with them.”

Her first opponent in Combate Americas will be the American Chelsea Chandler (2-1), a native of Stockton, California. Morais considers this battle a clash of styles, as Chandler has a great ground game.

“I think MMA is incredible, anything can happen, when it’s a war of styles, you make some more beautiful fights.”

How to Watch: Combate Americas Tahoe