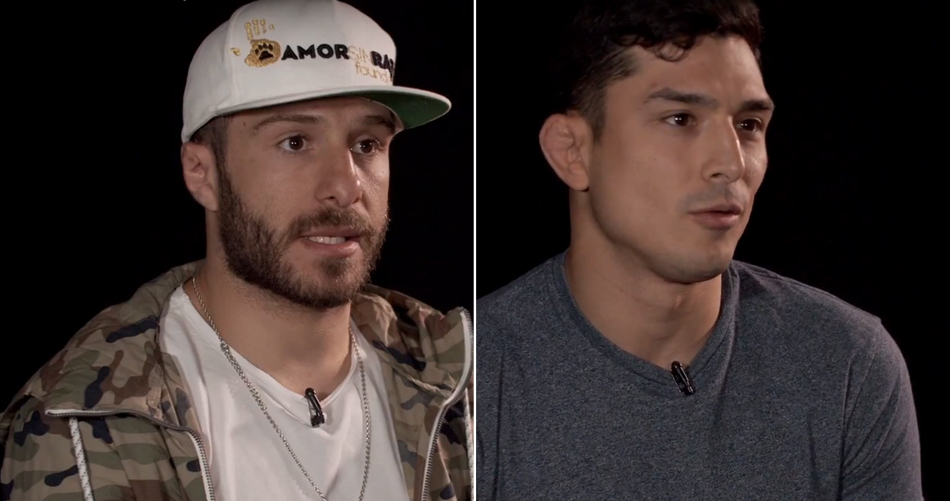 48 hours away from the most important Mixed Martial Arts (MMA) event in the history of Peru, two of the best fighters in the bantamweight and featherweight divisions of Combate Americas talked about the co-main event of Combat Peru between Pablo Villaseca (14-5) and Marlon Gonzales (14-4-2).

“[I’m] very happy to see Combate Américas continue to grow as a company like this and covering different Latin American places,” Rojo said. “I think Peru is a good venue, in Peru they support mixed martial arts a lot, I have several friends there and the truth is that Peruvians are warriors and it will be good, the fans also fill stadiums and love it [MMA] so much” .

“Pitbull“, who has fought in other cards where Villaseca has appeared, commented about the Chilean fighter’s performance and how he sees the fight going against Gonzales in this co-main event, one that undoubtedly, will showcase the most experienced fighters in the whole card.

“I think Pablo [Villaseca]‘s first presentation in Copa Combate wasn’t his best,” Rojo said. “Because he hadn’t fought in a long time, because he felt very tired; but I saw him fight in Arena Tour and the truth is that he is a really good fighter, I think Pablo is going to win“.

Just like Rojo mentions, Villaseca made his Combate Americas‘ debut representing Chile in the Copa Combate 2018, an eight-man tournament competing to win a $100,000 grand prize. However, he fell in the second round against Flores, who ended up winning the fight by unanimous decision. Although Rojo is betting on Villaseca’s victory, Flores has an opposite opinion regarding the outcome of this fight.

“I see Villaseca very experienced,” Flores said. “Villaseca has had very difficult fights in many divisions, he has fought in the best companies in the world, I fought with him, he is a strong fighter, I have seen Marlon [Gonzáles]’s fights also, he is a very good friend of mine. I give it to Marlon, I see him stronger, I see him more prepared and I see him mentally ready. I don’t know much about Villaseca, I only know he is an experienced fighter but this time… I’ll go with Marlon.

A good percentage of Combate Americas’ fighters are Latin or Hispanic American born, and it is certainly something that Marcelo Rojo wants to use in order to push for an event on Argentine soil. He explains that there is a lot of talent that could be placed in a card of this magnitude and ensuring that if he’s in it, he would sell out Arena Luna Park with his presence. Rojo, even did the matchmaker’s role and mentioned some names that could be in the card as a complement.

“Now I’m pushing a little bit because we also deserve Combat Americas in Argentina, I don’t know what you think,” said Rojo. “Campbell [McLaren], Combat Americas Argentina, I will fill it up, the Luna Park will explode. We put Bruno Cannetti in it, I take ‘Gallo Negro’ [Pablo Sabori] too, I put him in there as co-main event against some Argentinian and later he stays on vacation with me,… Gaston Reyno obviously! There are many Latin Americans [fighters] deep in the south who can fight, and sre good”.

For more information about the card and how to get tickets, visit: Combate Peru.