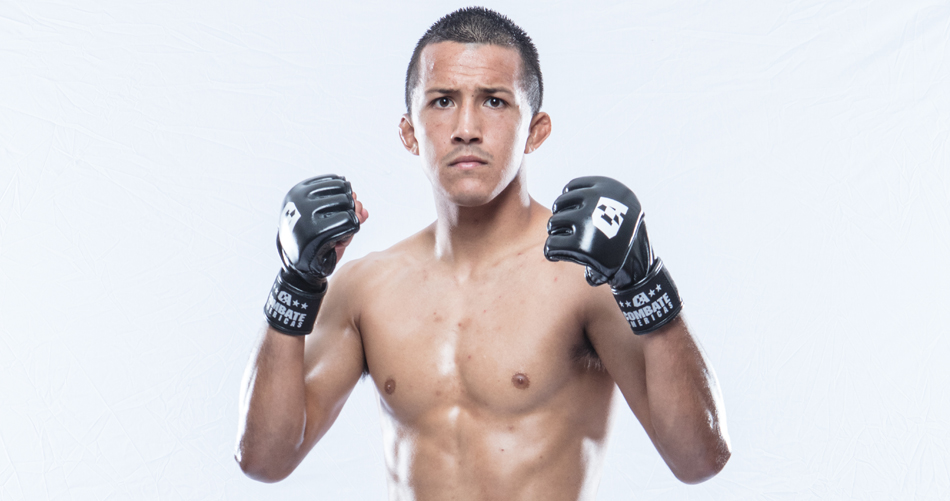 One of Nick Diaz’s proteges, Jose Aguayo (2-2), will make his third appearance in Combate Americas and seeks to defend his home against Emilio Horta (1-2) in the event, “Combate Americas: Stockton Presented by Cricket Wireless“.

José Aguayo is ready to make his return to #LaJaula.#CombateStockton pic.twitter.com/1EgCPWmxhr

Combat Stockton will be held Friday May 10, at Stockton Arena, in Stockton, California, and will be live for the U.S and Canada via DAZN (10 pm ET / 7 pm PT), Univision (12 am ET / PT) and Univisión Deportes Network (UDN) (12 am ET / 9 pm PT). The event will also air on Facebook Watch for Latin America and rest of the world.

José Aguayo began his journey to Mixed Martial Arts at age 22, one that seems long when viewed from a distance, featuring 6 bouts as an amateur until he made his way to becoming a professional. Aguayo, had his first amateur fight in 2013, and thanks to his Boxing and Brazilian Jiu Jitsu base development by Nick Diaz and Cesar Gracie, he managed to get a 4-2 record in a 3 year span, and finally becoming a professional fighter.

He entered “La Jaula” in 2017, after winning his first pro fight via submission in the very first round. With high expectations, Aguayo’s debut came against Gilberto Santos in Combate 12. The Californian dispatched Santos by submission via triangle in the first round, getting his second professional victory and maintaining his unbeaten record. Aguayo, managed to connect a series of punches forcing Santos to change from striking to grappling, and then capitalized on a transition to get the submission.

Aguayo’s last bout came just a year ago, when he suffered an unanimous decision loss to Jesse Strader in Combate Americas: Mexico vs. USA. The 28-year-old man had his moments in the fight, connecting good combinations and showing heart. However, Strader managed to get a few takedowns and punches to take the victory and give Aguayo his second loss in a row and in his career.

Strader and Aguayo represented México and USA at #CombateMEXvsElMundo2. Watch the entire fight here ? https://youtu.be/iv6WrP6ECNw and subscribe to our YouTube channel to get the best of Combate Américas ?whenever and wherever you are ???.

Representing Stockton, where the event will take place, Aguayo is now seeking to bounce back from two losses and getting a win over Horta at home, feeding off the energy of the local fans. Horta is coming off a loss to Steven Bolinger in February at Combate 31, but showed that he has the talent to recover from the upset.