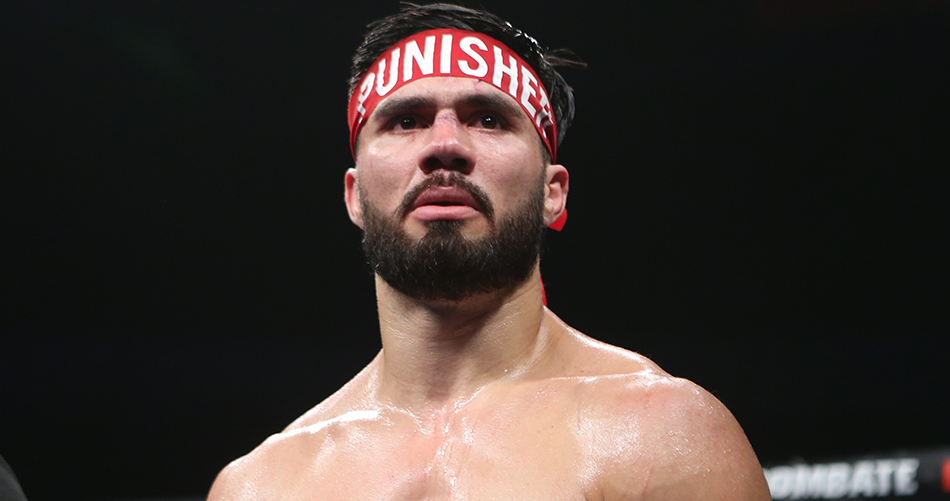 Horacio “The Punisher” Gutierrez has had to punch his way to the top.

Born in Guadalajara, Jalisco, Gutierrez came to Combate Americas determined to win the featherweight belt, and the first step was when he defeated the pupil of Nate Diaz, the Californian Chris Avila, by decision in 2018.

But his trajectory was then cut short. He suffered a knee injury, had to have surgery and had to be inactive for sixteen months.

“When it happened (the injury) I was very motivated, because I said I recover quickly, I’m young and I’ve hurt myself before,” the Mexican explained. “But I realized that surgery does take longer.”

Once he recovered, he took on Chase “El Guero” Gibson in Guadalajara, and Gutierrrez had the home team advantage.  He won after an electrifying knockout at 2:41 of the first round.

“I made a feint, hit him with a left hook and saw his eyes, I saw that I hurt him,” Gutierrez analyzed. “Then I started hunting him, now or never and we finished the fight.”

Gutierrez then faced the Peruvian Marlon Gonzales for a position as contender #1 of the division, putting him one fight away from competing for the belt.

After three intense rounds, Gutierrez managed to take the win by unanimous decision against Gonzales. Guiterrez, with three consecutive victories in Combate Americas, became the #1 contender.

“I’m very happy, I’m one step away from being world champion,” Gutierrez said. “I go out and give everything, to give everyone a big fight, to leave everything in the cage, exchange punches and to have fun and go out with my hand up, me and all of Mexico.”

Waiting for when his next battle will be, Horacio Gutierrez will be the challenger to the reigning Featherweight Champion, the Argentine Bruno “Aguiles” Cannetti, in what will be one of the most spectacular fights in Combat Americas.