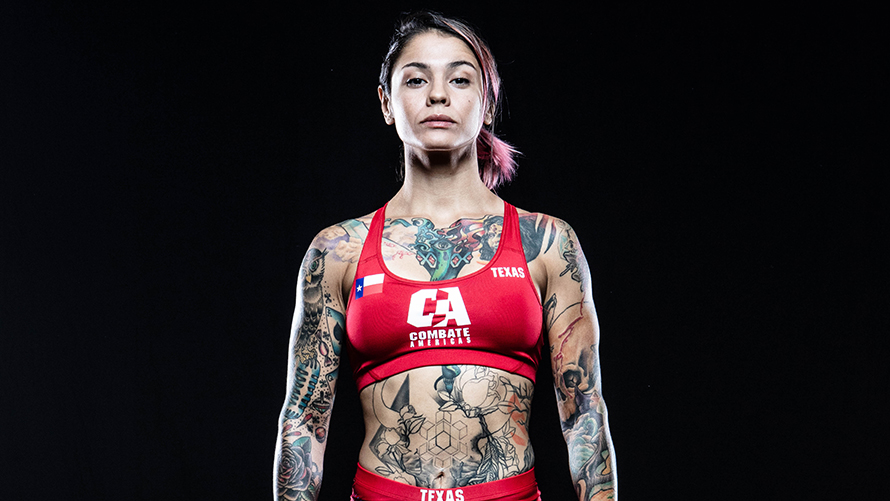 On August 28, Yanez faces Criszaida Adames (2-0) in a women’s 120-pound catchweight co-main event contest, which could have title implications.

In December,  Yanez was defeated by champion Melissa “Super Melly” Martinez, in a close fight by way of split decision.

An all-star softball player in high school, Yanez understands what a victory next month means for her career but has a story to tell with tattoos.

Today, every time she looks at her tattoos it reminds her of a period in her life like the owl, which she sports on her right arm. An owl is an animal that reminds Yanez of her parents, who she says were wise.

“No matter how much the world tries to hold you back, always continue with the belief that what you want to achieve is possible. Believing you can become successful is the most important step in actually achieving it.” See it, believe it, and achieve it. Times are crazy right now, but remember what you are fighting for and always keep fighting for it. ? #wmma #mma #fighter #believe #motivation #blitzsportusa #suckerpunchent #combateamericas

“The day I turned 18, I went to get a little tiny tattoo on my wrist of music notes; I didn’t know why I just like music,” whose friends have worked on her tattoos. “I am not kidding, a week after I went to get my whole side rib and then I couldn’t stop.”

Furthermore she added, “I have a lot of tattoos and they have meanings like a timeline of my life. My right arm symbolizes my family and the left arm is about a sad tragedy of when they died and what I did to survive that and how I became who I am today.”

“It is cool because sometimes I forget I have them until people point them out,” Sometimes I remember and I look down and say darn I really have for a thirty-year-old I have a lot and shows what I have been too. For me tattoos are a book. People get them to look cool but I’ve been getting them for ten years, so it is more of a story for me.”

Music runs in her family; hence, she has musical notes. She can not sing but her sister can, and her parents had a band.

A love poison, a skeleton and a rat fill her left side.

“People ask me why I have a rat, well, it is because yes rats are gross, but they will survive the apocalypse. It was either that or a roach and represents me being a survivor long story short.”

Catch her in action August 28 against Adames.