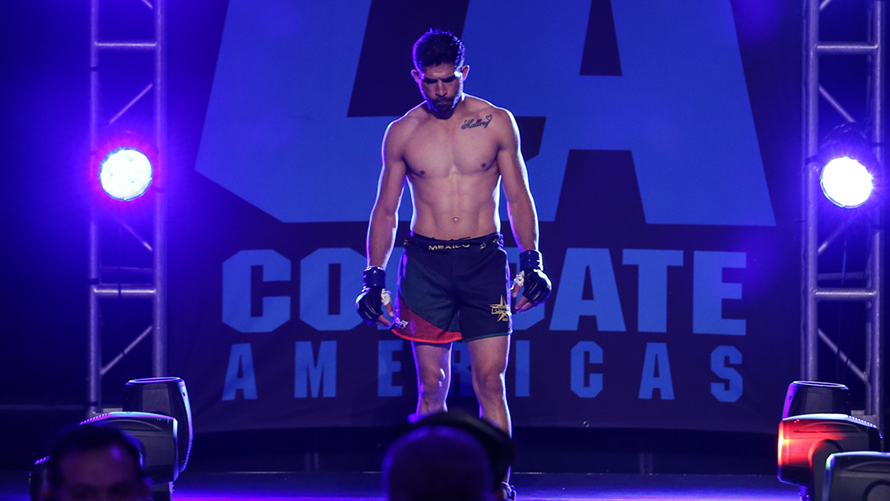 David Duran fights for those chasing a dream.

Training with an Olympic Champion

The Californian is coming in strong having recently been part of Henry Cejudo’s fight camp. Cejudo is a retired former mixed marital arts world champion and gold medalist.

“When you get a chance to be a part or witness a camp to the caliber of Cejudo runs you want to get in there and really pay attention,” he said.

Cejudo’s training camp encouraged Duran to implement what he learned, which he will display when he faces the Colombian next month.

DOING IT FOR OTHERS

However, Duran, who works as a safety manager in the gas and oil industry, says he fights for the immigrants coming to the United States pursuing their goals.

“I am able to provide for my family and I am chasing the dream not only for myself but all those people that can’t,”  said Duran whose parents are Mexican.

Duran, who trains at several gyms including MMA Gym Studio in Orange County, has been athletic all his life.

In fact, he was offered a scholarship to play soccer at Fresno State.

Instead, he chose to work for the gas and oil industry in order to provide for his family.

“I made a tough decision, but I knew it was the good decision,” said Duran, who was also offered a spot on the LA Galaxy soccer team.

Later on, opportunity knocked at his door when he stepped inside a martial arts gym.

“I had the competitive itch,” he said.

Rightfully so, he continues his pursuit to one day walking out of la jaula with gold.

Want to get to know Desiree “Dirty Dez”...

Q & A with Mikey “Malicious” Reyes