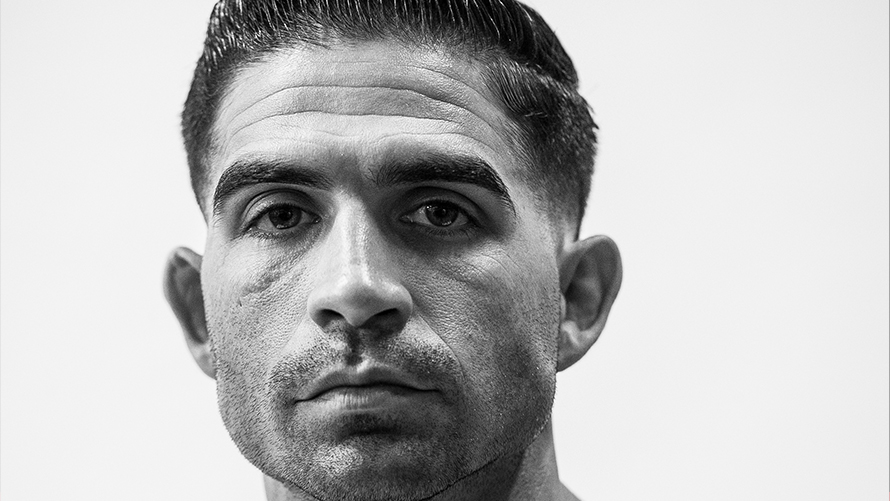 David Duran is a fighter who, in the world of martial arts, is known as a reliable competitor. He’s ready in no time for a fight – he just needs a call, as many of his fights, which have taken place on short notice, prove.

Duran trains in California with the Total MMA Studios team. In the fight that was coming up for Duran, he was ready to compete in Combate Americas against Juan Puerta in the promotion’s first-ever flyweight (125 pounds) championship bout, but the COVID-19 pandemic resulted in a postponement a month out.

I spoke with Duran about a variety of topics, including fights and how he’s known here in the martial arts world.

Michael Rueda: You’ve had two fights postponed this year for the same reason. This one was closer – a few weeks out.  When you got that call that it was postponed again, what were your feelings?

David Duran: It really wasn’t a surprise. The thing is always to get to the date of the fight. You can put something on paper, you can announce something, but until you get to the day it’s never for sure that the fight will happen. It’s happened before fighters don’t come or somehow the day before says they can’t fight. The biggest objective is and more so in the times we are in is to get to date of the fight

MR: When I spoke with Juan Puerta,  he commented about how big you are for the Flyweight Division. He said it looks like you can fight higher but, with that, and knowing it was a title fight, how much did that sting?

DD: Like two days ago I sat down to hear the interview with Puerta, and you know for a lot of fighters the title is everything to them. For me it was another fight. It’s more to me to fight the very best opponent you can put in front of me. For most of my career I’m known as the guy who anytime, anyplace, anywhere. The title wasn’t that big for me, it was more of the challenge of Juan Puerta. You know it’s funny that it says I’m big by weight, but he’s tall 5 feet 10 inches (1.7 meters) he’s lanky. We’re different from body I’m big, but he’s tall.

MR: The fight was done and a lot of fans were looking forward to it, but the times again made the fight go away.

DD: Yes, and many people are locked up in their house, people are worried about social distancing and the masks, but you also have to think about yourself. You have to go out, get the sun, vitamin D plays a huge factor in your health. Times are crazy, we never thought something like this would happen. People have to keep being active.

MR: You talked about how you’re known to be ready to fight anytime. And this time, Combate put you in the title fight because you’re trustworthy and they gave you plenty of time to be ready. This was your reward

DD: I was told in February or March; it gave me time to be ready. Long enough. I’m ready whenever it is, but that helps.

MR: What have you learned in your time as a fighter?

DD: In the last six months, being part of Henry Cejudo’s training is where I learned a lot. It’s a lot that he does, but it’s the small things he does. He knows when to hard and when to rest and how hard to push and when he can go calmer. Also working on the mental. This sport is a lot of mental and not everyone can do it. A lot of this like 80 to 90 percent is mental.

MR: When Cejudo retired, did you know what he was going to do?

DD: No comment, no Comment (ha ha). If you know Cejudo’s career, He did this with wrestling too. He retired when he was at his very peak at the top. That’s a lot of his character as well. On your hands in the fight game how many fighters retire on their terms? The only one may be Georges St. Pierre in MMA. He’s the only one really – And Henry Cejudo gave me the opportunity to be at his home and he showed me what he says is his proudest possession. I looked at his titles and his gold medal and he tells me this right here is my most prized possessions. A world championship plaque. He tells me DC has two of those I have seven of them. They’re wood plates, but that’s what gives him the most pride. That shows the mentality and character he has.

Duran is a fighter who gives everything in the cage and is always ready to fight. At this moment, our lives are seemingly on pause. When things clear up, he will face Juan Puerta for the Combate Americas flyweight title, and it’s a fight that is sure to produce some intense action.