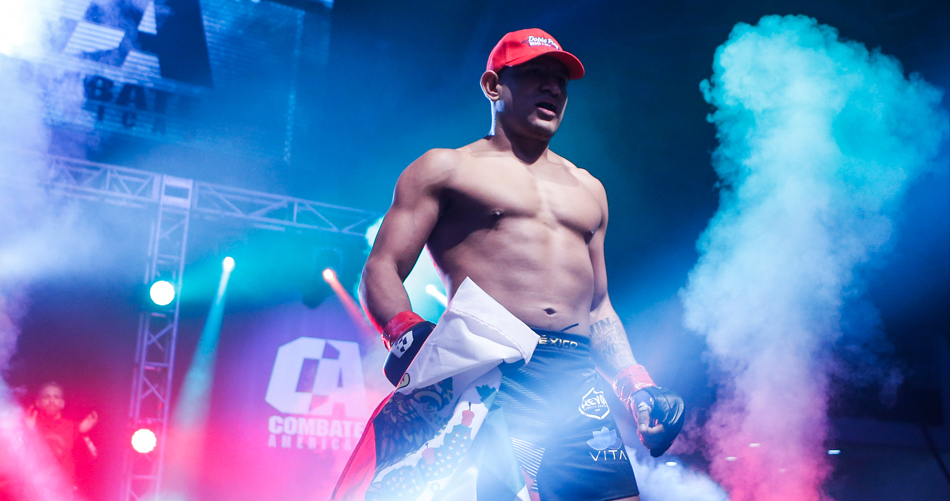 Combate Americas today announced that it will head back to Monterrey, N.L., Mexico with another star-studded Mixed Martial Arts (MMA) fight card on Friday, Oct. 18, live on television in the U.S. on both Univision (12 a.m. ET/PT) and TUDN (12 a.m. ET/9 p.m. PT) from Domo Care.

In the co-main event, which will also be contested at featherweight, Alejandro “Gallito” Flores (16-2), the runner-up at last year’s “COPA COMBATE” tournament affair, will collide with battle-tested veteran Marco “La Rocca” Antonio Elpidio (9-3-1).

“Monterrey has become a home to some of the best fights in Combate Americas, and this event will continue the drumbeat there with homegrown superstars like Levy Marroquin, ‘Gallito’ Flores and others returning to La Jaula and delivering a night of Mucha Más Acción while putting their stellar records on the line against stiff competition in Enrique Gonzalez and Marco Elpidio, respectively,” said Combate Americas CEO Campbell McLaren.

The 24-year-old Marroquin, who became an overnight sensation by defeating three consecutive opponents in one night to become the first-ever “COPA COMBATE” tournament champion, is looking to rebound from a hard fought, unanimous decision defeat at the hands of Flores on April 12 in Monterrey.

Prior to the loss, Marroquin had reeled off his fourth consecutive victory with another epic performance that led to a unanimous decision win over American rising star Jose “Froggy” Estrada last November 17.

Fighting out of Chicago, Ill., the 21-year-old Gonzalez originally hails from Laredo, Texas and will look for his third consecutive victory following a successful Combate Americas debut on June 21 when he edged out a split decision over Mexico’s Alejandro “Pato” Martinez in co-main event action.

In his last start, which also took place in Monterrey on April 12, Elpidio took a split decision from Ricardo “El Loco” Arreola.

In preliminary bout action, Ivan Perez Ruvalcaba (6-6) of Monterrey will face off with Ernesto “Neto” Quiroja Rodriguez (3-2) of Tampico, Tamaulipas, Mexico at a catchweight of 150 pounds.

Additional preliminary card bouts for the Combate Americas event in Monterrey will be announced soon.

How to watch Combate Americas: Monterrey