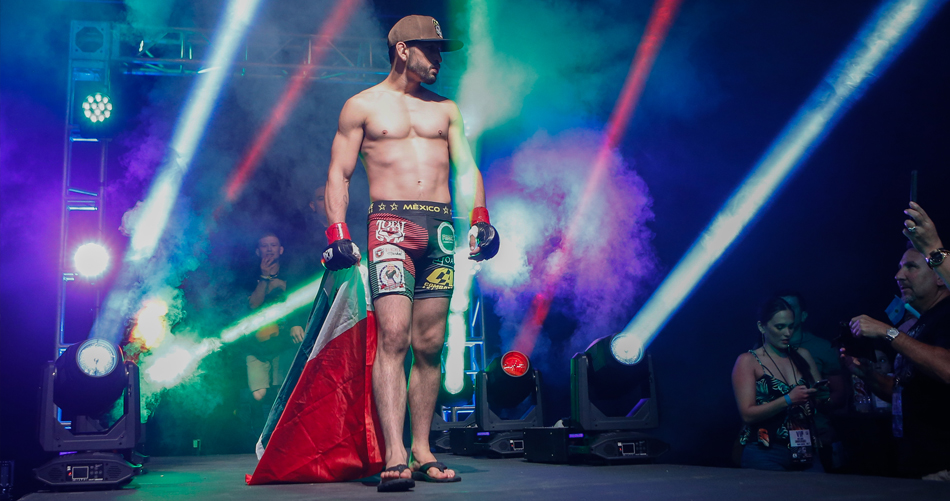 A knee injury sustained during training has forced Barquero to withdraw from the main event contest.

The first world champion in Combate Americas history, the 28-year-old Alday of Tucson via Hermosillo, Son., Mexico is looking to reel off his second straight win after earning a unanimous decision over Argentina’s Juan Pablo Gonzalez in a thrilling, action-packed affair at AVA Amphitheater on June 7.

Sanchez is a 28-year-old native of Albuquerque, N.M. and a member of the famed Jackson-Wink MMA fight team.

Fighting for the first time under the promotion of Combate Americas, Sanchez has earned 8 of his 12 career victories by way of (T)KO or submission since he made his professional debut in 2011.

In another change to the main card lineup announced today, Anthony “El Toro” Birchak (15-6), who was slated to face Jose Luis “Puppy” Calvo in a bantamweight matchup, will square off with Erik Aguilar Radleim (5-4) after visa issues prevented Calvo, a native of Santo Domingo de Heredia, Costa Rica, from being eligible to compete.

Radleim is a 29-year-old submission expert hailing from Tijuana, B.C., Mexico.  He is looking to rebound from two consecutive defeats, the first of which snapped a three-fight win streak.

Priced from $15, tickets for the Combate Americas live MMA event are on sale at CombateAmericas.com/Tucson.