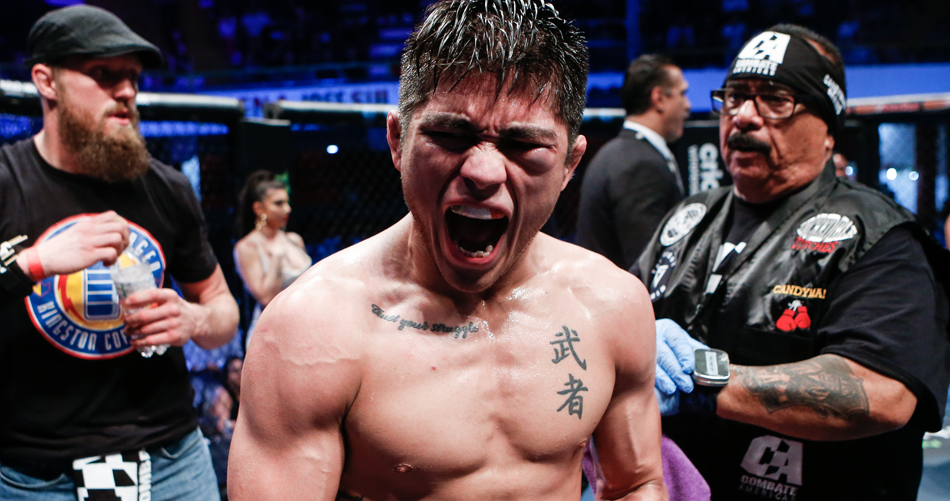 The 23-year-old Urbina of Welasco, Texas is one of three brothers in his family who compete in MMA’s professional ranks, and is looking to rebound from his only loss to date, a unanimous decision to Sean Brady on September 14.

Prior to the lone defeat, Urbina had run to five consecutive victories in his first five professional MMA starts, four of which he finished via (T)KO or submission.

Trevino, a 26-year-old resident of Sacramento, Calif., is also looking to bounce back from a defeat – a second round (2:42) submission (rear-naked choke) at the hands of Austin Vanderford on July 17, 2018.

Before the loss, Trevino was riding a four-fight win streak spawned with a spectacular, 20-second head kick knockout of Bill Cotton on May 20, 2017.

The 27-year-old Castaneda of Mankato, Minn., ranked as high as number one in Latin America in the bantamweight division, is coming off an inspiring, third round (2:37) submission (arm triangle choke) victory over fellow star Marcelo “Pitbull” Rojo in Combate Americas action in Monterrey, J.L., Mexico on April 12.

Castaneda’s return to the win column snapped a two-fight losing streak that was triggered in the inaugural “COPA COMBATE” one-night, eight-man, $100,000 tournament on November 11, 2017 when the American fighter defeated two consecutive opponents – Peru’s Kevin Moreyra and Spain’s Marc Gomez in the quarterfinal stage and semifinal stage of the single-elimination tournament, respectively – before losing a unanimous decision to Levy “El Negro” Marroquin in the championship stage showdown.

The victories over Moreyra and Gomez extended Castaneda’s win streak at the time to 11 straight victories.

Osuna of Tijuana, B.C., Mexico is a prolific striker looking to earn his third consecutive victory in his third start this year in La Jaula, the Combate Americas competition cage.

The 26-year-old Osuna notched a unanimous decision over Andy “Golden Boy” Perez on March 29, and defeated Jose Luis Calvo by split decision in an all-out war on June 7.

Additional bouts for the TS-1 Promotions live Combate Americas television events in both Garland and San Antonio will be announced soon.

How to watch Combate Americas: Dallas