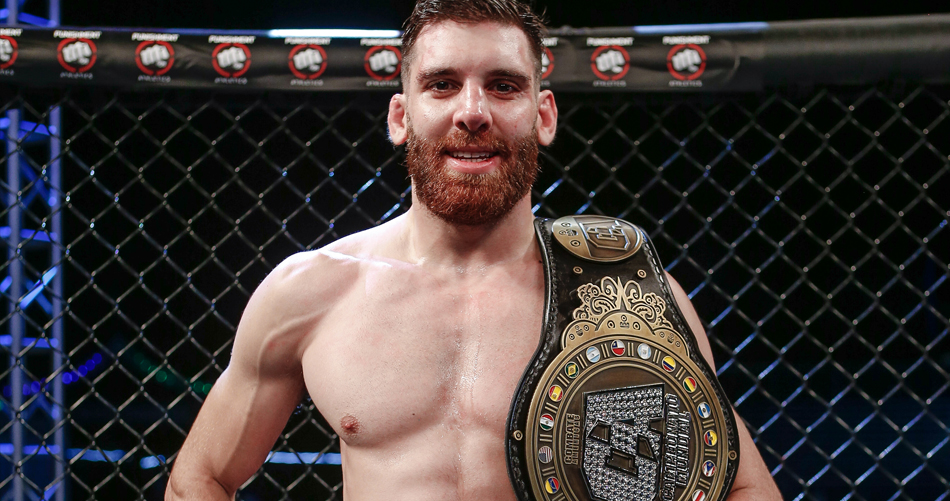 Last Friday, August 23 in Lake Tahoe, Argentine Bruno “Aquiles” Cannetti (9-6) became the first ever featherweight champion in the history of the promotion, leaving an indelible mark on the pages of Combate Americas.

Bruno Cannetti avenged his loss against Quintana. He was defeated, controversially, in the semi-finals of the Copa Combate, held in December of last year. Many believed that the referee stopped the fight prematurely, which cost the Argentine a defeat.

“I felt that I was winning that fight and I ate a punch, yes, but I was recovered and ready to continue and the referee decided to stop it very quickly,” confessed Cannetti. “That’s why I was angry.”

After his historic triumph by unanimous decision, Cannetti spoke about his Argentine pride and hopes that his victory can contribute to the growth of the sport in his country.

“It’s a great pride, both representing the country and for me as a professional, to be champion of a promotion like Combate Americas,” Cannetti said. “I hope that the Argentine flag will start to be seen on television, that it will be more visible and that it will serve to start growing. And have more events there.”

Bruno Cannetti is happy to defend the title,  but he would like to do it in his hometown of Buenos Aires.

“Obviously if I defend the title I would like it to be in Argentina with all the Argentines who fight in Combate, like Marcelo Rojo, Molo Gonzalez and Federico Olivera. It would be a amazing,” said the Argentine.

Bruno Cannetti is the new featherweight champion of Combate Americas, a 145 division where there are great athletes like Marlon Gonzales, Alejandro Flores, Levy Marroquín, José Estrada and, of course, Andrés Quintana.