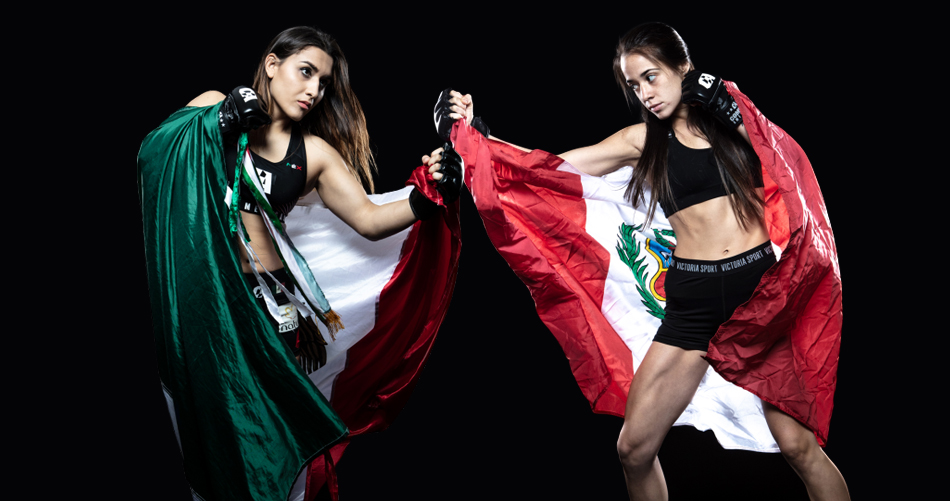 There is nothing like watching new talent land inside “La Jaula”, especially if these talents are marked up as rising stars. That is the case with these two fighters, who have fans interested in the next Combate Americas’ event to take place in Lima, Peru.

Mexican Alitzel Mariscal (2-0) will face off against local fighter, Peruvian Maria Buzaglo (1-1) in Combate Peru, Combate Americas’ first event on South American soil. The fighters will be part of the event, as the only female representatives on the main card.

Mariscal, 20 years old, has taken the fans of Mixed Martial Arts (MMA) by surprise, captivating them with his recent performances in “La Jaula“. The young woman who was discovered by Combate Americas less than a year ago, won a decisive unanimous decision victory over Brenda Enríquez in her promotional debut, showing flashes of her abilities, leaving the fans very excited and with the desire to continue discovering all her skills.

The Mexican fighter made history in the promotion after getting her first victory as a professional, as she managed to get it together with her boyfriend Victor Madrigal. Madrigal, is also an MMA fighter within the ranks of Combate Americas, participated in the same card.

Mariscal is coming from his second victory as a pro, after defeating the experienced fighter Vanessa Rico via first round TKO . This victory gave Mariscal more fans and much more exposure, all thanks to her fighting style and the talent she has shown in less than 20 minutes of fighting throughout her professional career.

On the other hand, Buzaglo, 19, has already enjoyed the air of stardom due to her participation in the International Federation Of Muaythai Amateur, where she became a world champion. From there, her transition to MMA was perfect, as she managed to defeat Sadie Hubbard by first round submission and getting her first professional victory. Later, Buzaglo made her Combate Americas’ debut last December against Corina Herrera in the Copa Combate 2018 undercard. Herrera, who at that time had a 3-4-1 record, managed to impose her experience against Buzaglo, submitting her via second round submission by guillotine.

Buzaglo, like Mariscal, trains with her boyfriend, MMA fighter Humberto Bandenay, managed to learn a lot about her first defeat as a professional:

Corina Herrera is back with a dominant victory! #CopaCombate???

“I think it was better that it happened at the beginning of my career rather than later,” Buzaglo said in a recent interview with El Clarín. “I learned a lot, it motivates me to keep going, to go further in training, to be more focused and know what I want to get. It also taught me that anything can happen in a MMA fight, you can be winning three rounds and in the end they can caught you by submission or knockout, or vice versa”.

An important fact about this fight is that both Mariscal and Buzaglo are the youngest fighters on the card, demonstrating maturity in their personalities and skills for fighters their age. This match promises to be one of a kind, both fighters love to stand and bang and both have victories by TKO either as a professional or amateur.

Mariscal will put her undefeated record at stake defending her country’s colors in a foreign land and, while Buzaglo will have local support and wants to defend her home and get a victory over one of the division’s sensations. For more information about the event and how to get tickets, visit: Combate Peru