Adrian Guzman vs Danny Ramirez: One for the Books - Combate Americas
Skip to content
News » 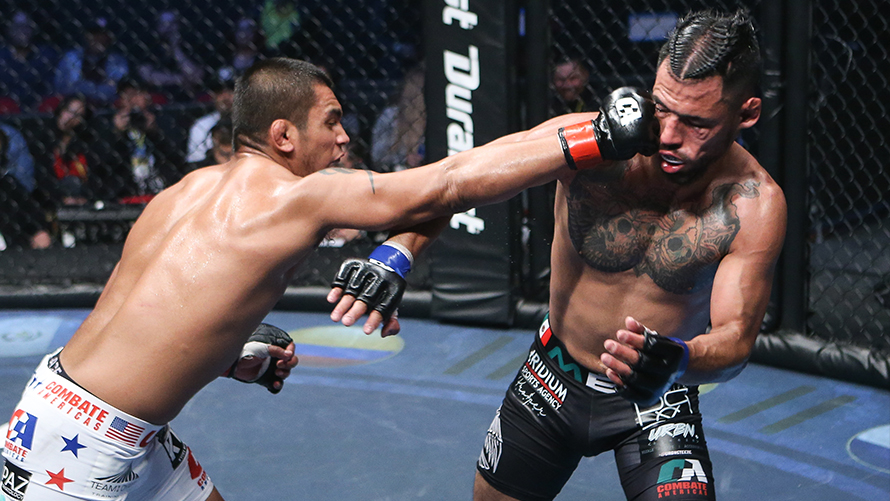 Heart, grit, and a good chin aren’t traits that apply to every vocation. They are the base, however, for some of the most earnest mixed martial arts athletes in the world. On November 22, 2019 in Fresno, California Adrian Guzman and Danny Ramirez, two fighters whose skill sets stem from these hard-earned traits, put on one of the greatest fights in the history of Combate Americas.
With just over a minute of any sort of time on the ground, Guzman and Ramirez spent nearly the whole fight toe-to-toe releasing significant strike after significant strike, most any of which, could have ended the fight, for either fighter, at any moment.  After being dropped in rounds one and three, Guzman accrued enough flurries and solid connections to not only even the score, but make this matchup one of the greatest of all time.
Rewatch Combate Americas Fresno: Adrian Guzman vs Danny Ramirez!