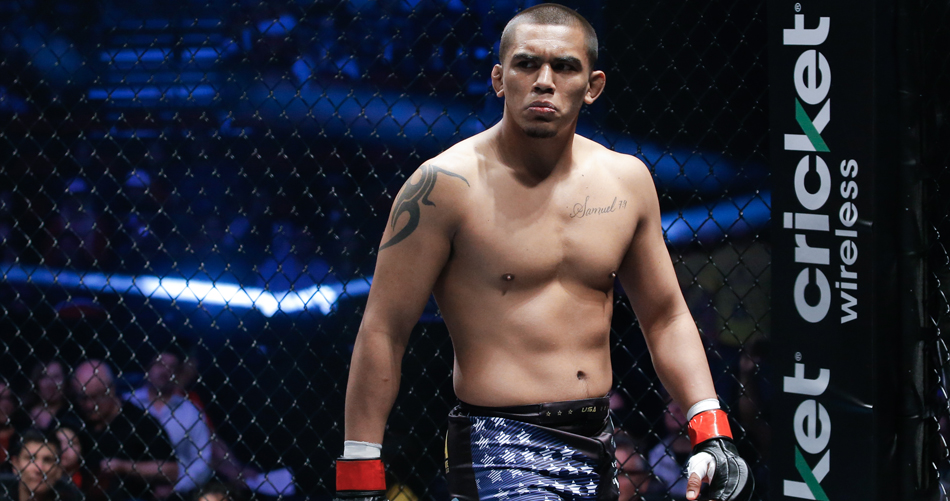 Every adventure has its ups and downs, and Adrian Guzman’s (4-1) path through Combate Americas is no exception.

Born in California, Adrián Guzmán (24 years old) has had only two fights inside “La Jaula,” Combate Americas’ circular cage. In this short time, he has proven that he is a talented athlete with a bright future.

His promotional debut took place in February of this year. He arrived to the battle as undefeated, both professional and amateur, and expectations were incredibly high.

His first rival in the company was Ryan Reneau, an experienced fighter with extensive skills in the world of Taekwondo. However, Guzman showed that his talent was more than enough to make up for his lack of experience, and he won by TKO at 0:19 of the second round.

After such a strong debut, Combate Americas had big plans for Guzman. His second fight was against Jose “Froggy” Estrada, one of the promotion’s top figures.

It was a great opportunity for Guzman to face one of the best. A victory against Estrada would mean a new status within the promotion, and he was determined to win.

The fight took place during the “Combate Reinas” event, held on April 26 this year, one of the promotions most important events with celebrities such as Kate Del Castillo and Oscar De La Hoya in the audience.

In the first round, the two warriors battled it out, each with good and bad moments. However, in the second round Estrada took took the victory by submission (Rear Naked Choke).

Despite being defeated, Guzmán had a great fight. On August 2, he will have a new opportunity to show why he is a great prospect for Combate Americas.

Guzman will face Cesar “Cubby” Gonzalez at the Save Mart Center in Fresno, California, the same venue where he won his first fight with Combate Americas earlier this year. This will be a new opportunity to come back stronger and show that he is made for great things in the company and in the sport.